As part of the cleanup from the Home Depot data breach, senior executives were issued “new, secure iPhones and MacBooks” after the breach was discovered to be the result of a Windows vulnerability. 9to5Mac reports on the specifics mentioned in a Wall Street Journal piece that breaks down the events leading to the largest retail breach on record (as of now).

Similar to the breach at Target, Home Depot was hacked by someone who stole a password from a vendor, which provided access to a system that wasn’t very well segregated from the rest of Home Depot’s network, allowing the hacker to gain access to “more secure” Home Depot data, including not just 56 million credit card accounts, but a bonus 53 million email addresses.

Specifically this access was obtained using a vulnerability in Windows, which Microsoft promptly released a patch for. However, since hackers were already inside, it did no good. Self-checkout lanes were targeted, and the malware installed on those remained there for five months.

For more information about the timeline of the hack and how it was discovered, check out the Wall Street Journal article about the conclusions from Home Depot, security personnel, and law enforcement.

It’s interesting to me how this happened, and how one of the first steps taken to counteract the Windows vulnerability was to use a Mac. It was nice to get to read the breakdown of the findings and the timeline of the breach, sometimes with retailers that information doesn’t ever come out, so I’m glad to see it made a splash. I have nothing against Home Depot, but I hope with the advent of Apple Pay and “chip and sign” credit cards, Home Depot manages to hold on to this auspicious record for a very long time. I’d really like some time to recover from my breach fatigue.

According to industry sources, Business Korea reported that Apple has decided to stop using triple level cell NAND (TLC NAND) as the chips are reportedly causing functionality issues with 64GB and 128GB variants of both, the iPhone 6 and iPhone 6 Plus. The problem has been cited with the controller IC of the TLC NAND chip.

Though TLC can store higher capacity (3 bits per cell) of data as compared to SLC (1 bit per cell) and MLC (1.5 bits per cell) chips, TLC is slower than the latter two, especially in reading and writing data.

The report stated that Apple is planning to switch to MLC chips in the 64GB and 128GB smartphones.

The present handsets, which have TLC NAND chips already shipped are in big question at present. Apple is planning to include a patch in the next software update for iOS (8.1.1) which should be able to address the functionality issues of the TLC chips.

A growing number of people, especially Korean consumers, are reporting performance drops with the iPhone 6 and iPhone 6 Plus models and are requesting for replacement handsets.

The report further stated that overseas IT media sources speculated that Apple could recall the iPhone 6 Plus 128GB handsets for a replacement. However, Apple has not confirmed anything about the same.

Android software updates are nice, but it’s even better when an upgrade turns your device into a remote PlayStation 4 screen. The Sony Xperia Z2 and Z2 tablet join the Z3 in letting you blast aliens or score touchdowns by connecting a PS4 controller.

Each week we gather up all the major software updates for the biggest devices; phones and tablets on U.S. carriers (and unlocked phones, of course), wearables, and round them all up so you don’t miss a thing.

Making sure your device installs the latest software is a good housekeeping practice, ensuring you have the latest features, close security holes, and squash those pesky bugs.

Xperia Z2, Z2 tablet: It’s a pretty massive update overall, bringing not only the Playstation gaming tools but many other Sony-specific features, all wrapped up in an Android 4.4.4 KitKat package.

With Remote Play, you can play nearly any game from your PS4 console with a supported mobile device when pairing it with a PlayStation DualShock 4 or DualShock 3 controller. The PS4 is essentially using screen mirroring to let you do this, which is a clever feature Sony can leverage as it tries to get astronger foothold in the U.S. market.

The official changelog from Nvidia details the following:

Shield Tablet: Usually we stick to updates here instead of promises, but we like the Shield Tablet so much it’s worth mentioning this one: Nvidia is promising it will get Android Lollipop this month, posting a video that teases how it will look and perform.

One: If you’re one of the half-million to snag a OnePlus One, be on the lookout for update 44S. It’s pegged to fix some issues with the touchscreen, WiFi, memory, and other irritations. That’s not all, as OnePlus reports the following are part of the 90MB file: 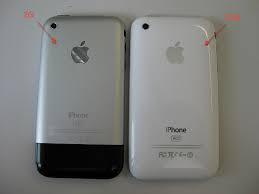 If you’ve been typing on your iPhone for a long time, odds are that you’ve made some mistakes in your typing, and the iPhone spell checking software has corrected them. Or, in my case — particularly because I work in the computer industry — the iPhone has “corrected” many of my acronymns the wrong way.

As a simple example, I like to use the acronym “DD” to refer to my devdaily website, but if I’m typing fast and not paying attention, the iPhone software keeps “correcting” that to “DE”. Well, “DE” isn’t right, but the iPhone has corrected this so many times when I wasn’t looking that it keeps defaulting to that behavior.

Since there are many similar acronym problems like this, I finally wondered, is there some way to reset my iPhone typing dictionary?

After digging around for the answer, I finally found it. On your iPhone — and presumably your iPad as well — you can reset your spelling dictionary by following these steps:

“This will delete all custom words you have typed on the keyboard, returning the keyboard to factory defaults.”

If you’re sure this is what you want, go ahead and continue with the process, but if you’re not, just tap the Cancel button.

Microsoft Corporation (NASDAQ:MSFT)’s mobile operating system was a failure at start and was lagging seriously compared to iOS and Android. However, Forbes depicted a recent doubling in demand for Windows Phone handsets in UK, while other regions over the Atlantic have registered more modest increases in sales of Lumia 520. The 620 and 720 also have nice figures, but their predecessor has a very attractive advantage of being priced at £99 or approximately $159 without any contract with carriers. The model comes free on the basis of a contract with telephonic services providers at just £7 or $11.2 per month for a 24 month agreement. We might see the phone get higher in the list of the most popular phones currently available on the market.

Microsoft Corporation (NASDAQ:MSFT) has another advantage over Google Inc (NASDAQ:GOOGL) in the same context. It did so well with Windows Phone that the operating system outperformed Android in terms of requirements. As a result, although the devices are less capable than the phones produced under the guidance of the Mountain View, California-based tech giant, they do not glitch or lag behind. The drawback with having a Microsoft Corporation (NASDAQ:MSFT) handheld is in the fact that there’re very few Apps developed for the operating system on the devices. However, it turns out that consumers that are more price sensitive with respect to their phones care little beyond the need of being on a social platform. Consequently, the numerous Apps from Apple Store or Google Play are not missed that much.

There’s another demographic factor that could give some boost to Microsoft Corporation (NASDAQ:MSFT)’s revenues in UK. As of 2013, there are more than 93% of teens that have a smartphone and among the rest, about 81% plan to get one such device and the number might reach 96% in 2017. To draw a comparison, in US there are 50.9% of teenagers with smartphones. The big difference comes from the fact that across the ocean phones come free of charge if a contract of approximately $16 or £10 is signed. Many opt for some minutes, a free phone, and up to 500 MB of internet traffic at some monthly expenses.

It’s not sure if the low margins will allow Microsoft Corporation (NASDAQ:MSFT) maintain an independent development team in the field, but it’s at least some good news.

Cellcom.ca
Create a free website or blog at WordPress.com.